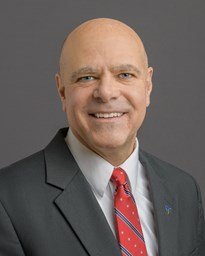 Colonel (ret) Craig Christenson is currently the Deputy Commissioner of the Alaska Department of Military and Veterans Affairs. He was born in Greensburg, Pennsylvania and attended Washington and Jefferson College on an Army ROTC scholarship. He was commissioned in 1985, and served in the U.S. Army Reserve from 1985-1989 while on an educational delay to attend the Pennsylvania College of Podiatric Medicine. He entered active duty in the U.S. Army in 1989. In 1993, he left active duty and entered the Army Reserves to practice podiatry in Altoona, Pennsylvania. In 1994, he entered the United States Air Force, serving until his retirement in 2012. He is board certified by the American Board of Podiatric Surgery. Following retirement, Colonel Christenson was appointed as Deputy Commissioner, Alaska Department of Health and Social Services where he served until 2014. In 2019, he ran as a candidate for Alaska State House District 13 in Eagle River. His wife, Sandy is a teacher and they have two children, Lane and Katie.

We are here to assit you. Feel free to reach out.